Book Review – The Arsenal of Democracy 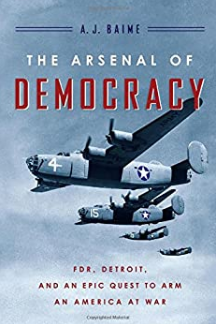 Kerr Russell attorney, Michael Carroll, recently reviewed The Arsenal of Democracy: FDR, Detroit, and an Epic Quest to Arm an America at War, by A.J. Baime for Detroit Lawyer magazine.

One of my favorite books in recent years, The Arsenal of Democracy: FDR, Detroit, and an Epic Quest to Arm an America at War, by A.J. Baime, resonates more for its setting, the city of Detroit, than its relationship to lawyers. Some may recognize Mr. Baime’s name from another of his books, recently made into the film Ford v Ferrari. Both works happen to involve the Ford Motor Company. But whereas the Ford v Ferrari story was set in the sixties and is about the race to build a faster car, The Arsenal of Democracy is set during World War II and focuses on the company’s contributions to the war effort.

The book was referred to me by a pipeline contractor friend, who was a client of our law firm. He said the book reminded him of some of the bigger projects he has worked on, involving the logistics of coordinating manpower and other resources under the stress of strict deadlines. The Arsenal of Democracy similarly portrays the efforts made by America, and more specifically the Detroit automakers, to marshal their assets in a race to build aircraft to win the war.

By the time America joined the war, Germany already had a five-year lead on building airplanes. President Roosevelt turned to the manufacturing industry for help in catching and surpassing the Germans. Edsel Ford, son of Henry Ford, patriotically answered the call – vowing that he would build “a bomber an hour.” He eventually delivered on that promise, but only after building the largest factory in the world at Willow Run. The telling of that story by Mr. Baime is nothing short of . . . well, “riveting.”

The Arsenal of Democracy provides some concise but insightful treatment of the technical advances involved in mass-producing the airplanes. The more in-depth focus of the book is on the personalities of the people involved, including FDR and Henry Ford’s personal friend, Charles Lindbergh. The most intriguing relationship depicted is the one between Edsel and his tyrannical father Henry. The elder Ford is shown to be irascible and capricious, particularly in this later time in his life, all of which made this an interesting read. But for me, as a native Detroiter, the most enjoyable parts of the book were the local references.

Read the complete review in Detroit Lawyer on page 16. 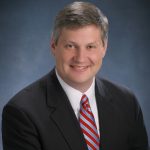 maintains a general commercial litigation practice. A particular focus of Mike’s practice is construction law. He is extremely familiar with all legal aspects of construction projects, ranging from contract negotiations to dispute resolution, including the use of litigation, mediation and arbitration techniques. Mike represents a broad range of clients in the construction area, including suppliers, subcontractors, general contractors, owners, design professionals and sureties.