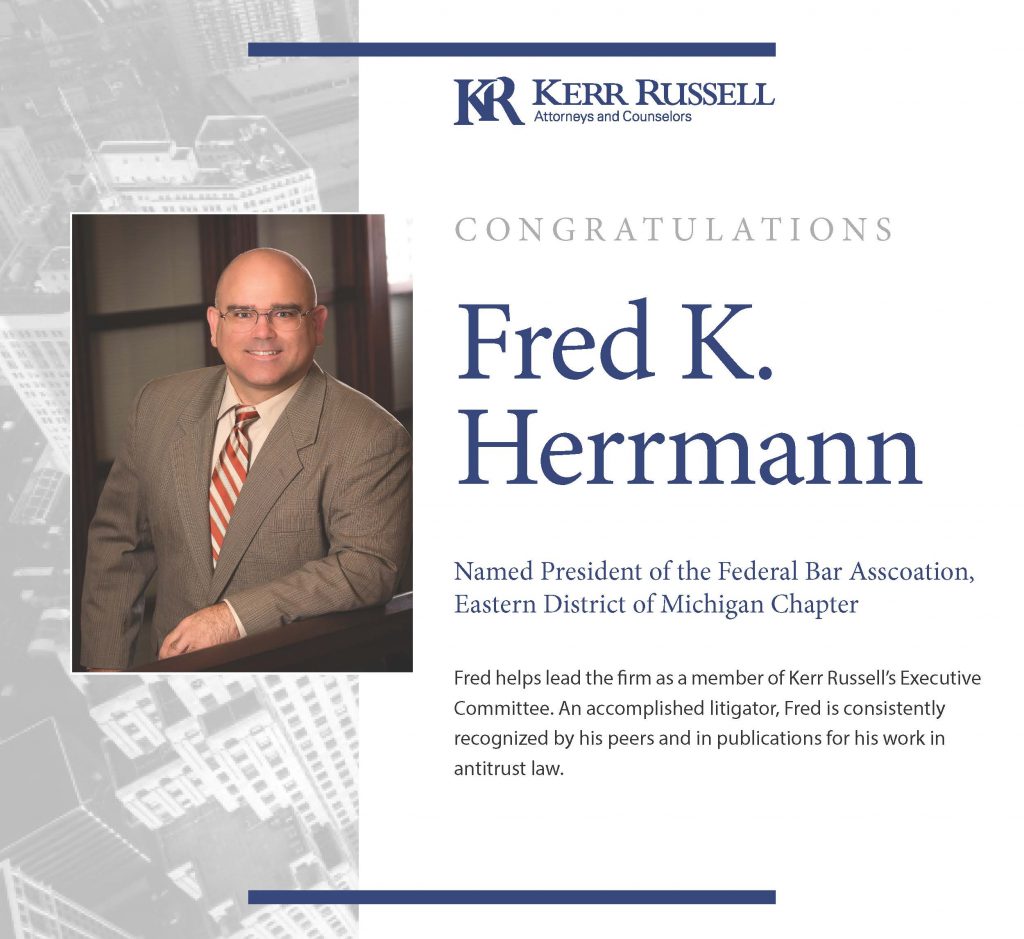 Fred has substantial experience in class action defense, multi-district litigation, antitrust, patent and other intellectual property litigation, attorney and other professional liability defense, and contract disputes, as well as supply chain and other disputes implicating the Uniform Commercial Code. Fred is a member of the firm’s Executive Committee and former Chair of the Representative Assembly, the final policy-making body of the State Bar of Michigan. He has also served on the Board of the Commissioners of the State Bar of Michigan and is a Fellow of the Michigan State Bar Foundation.

Fred is repeatedly listed in The Best Lawyers in America© for antitrust law.  He has been named a Michigan “Super Lawyer” in Commercial Litigation for more than ten years, and is a “Top Lawyer” in DBusiness Magazine. He was named a 2018 “Leader in the Law” by Michigan Lawyers Weekly. Fred was named a  2015, 2017, and 2019 The Best Lawyers in America® “Lawyer of the Year” in antitrust law.

The Federal Bar Association is dedicated to promoting the welfare, interests, education and professional development for the private attorneys, government lawyers and judges involved in federal practice that make up their membership. Founded in 1920, the group has grown to over 16,000 members. The Eastern District of Michigan Chapter serves 34 counties in the eastern half of Michigan’s lower peninsula.