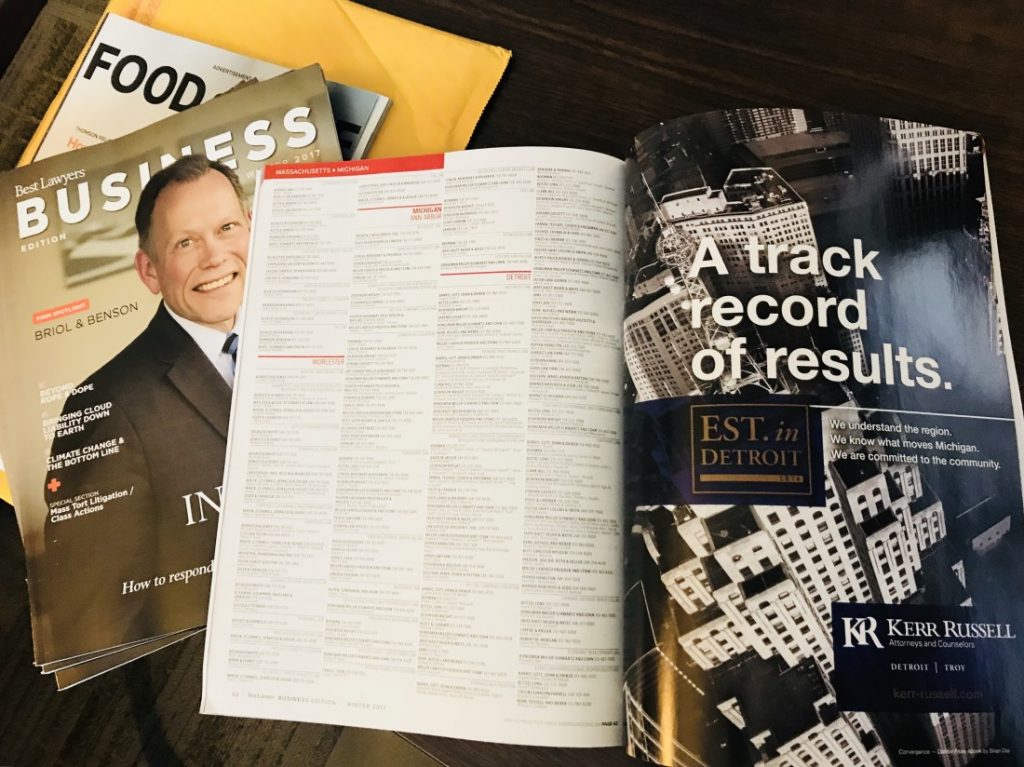 A key feature is the stamp which reads “Est. in Detroit 1874,” an iconic affirmation of Kerr Russell’s place in the Detroit landscape.