Politics and Insolvency: The Saga of Delphi Retirees Typically, who gets paid and who doesn’t is governed strictly within the confines of the U.S. Bankruptcy Code and applicable law. However, the case of the Delphi salaried retirees demonstrates that politics may play a factor in tipping the scales of justice in one direction or the other.

Delphi Corp. or its predecessors operated as a subsidiary of General Motors (“GM”) for many years. In 1999, Delphi was ‘spun off’ from GM and began operating as an independent company. Numerous salaried and hourly employees who had worked decades for GM became Delphi employees. At the time, hourly workers’ unions secured an agreement that GM would provide a retirement benefit supplement (“top-ups”) for their members should their pension plans be frozen or terminated.

In October 2005, Delphi filed for Chapter 11 bankruptcy due to many factors, including significant retiree obligations and high labor costs. As a part of the insolvency process, the Pension Benefit Guaranty Corp. (“PBGC”) – the government-owned pension insurer – terminated Delphi pension plans. Delphi exited bankruptcy in 2009.

GM could have discharged its “top-up” obligations for the hourly pension plans through its bankruptcy. However, GM, while supported by the U.S. treasury, agreed to honor the top-ups for hourly pension plans, but it chose not to restore lost pension benefits to Delphi salaried retirees. Accordingly, the PBGC proceeded to terminate the salaried pension.

20,000 Delphi salaried retirees – including 6,000 in Michigan –reportedly lost as much of 70% of their vested benefits in the salaried pension plan.

In 2009, a group of Delphi retirees, led by the Delphi Salaried Retirees Association, filed a lawsuit arguing that the PBGC arbitrarily terminated their pension plans in violation of their due process rights and under pressure from the Obama Administration’s auto task force and the U.S. Treasury Department. The group argued that their pension was 86% funded and vested at the time of termination.

In 2011, GM reportedly responded to a governmental audit and indicated it provided top-ups to the hourly pension, and not the salary pension, based upon its dependence to the United Auto Workers. 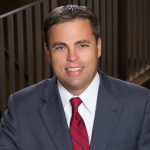 Jason W. Bank is the chair of the firm’s Bankruptcy and Restructuring Practice Group. He focuses his practice in the areas of commercial bankruptcy, out-of-court workouts, corporate restructuring and creditors’ rights. Jason has successfully guided numerous businesses through out-of-court restructurings and Chapter 11 reorganizations. He has negotiated resolutions of complex financial issues and debtor-creditor disputes and achieved consensual restructurings while avoiding bankruptcy or litigation.