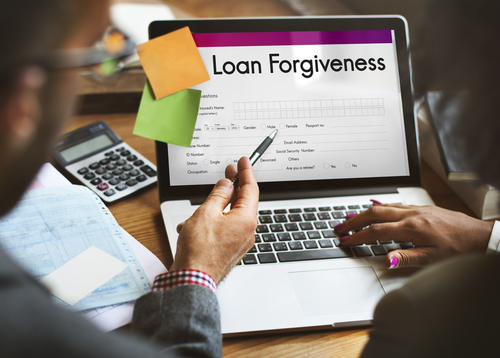 As a reminder, the PPP was enacted as part of the CARES Act allowing eligible Borrowers to receive forgivable loans if at least 75% of the loan was spent on payroll costs and no more than 25% on non-payroll costs i.e. (utilities, rent, interest on mortgage obligations) during the 8 weeks commencing with the loan origination date.  The following are some of the key takeaways from the Application:

Prior to the release of the Application, some commentators interpreted the 75% payroll costs requirement as an all-or-nothing test, meaning if a Borrower did not spend at least 75% of its PPP loan on payroll costs then none of the loan would be forgiven.

Eligible Costs Include Costs Paid OR Incurred During Covered Period

The Application clarifies that costs (payroll and non-payroll) eligible for forgiveness include costs that are paid “or” incurred during the Covered Period.  The Application further clarifies that payroll costs are considered paid on the date that the paychecks are distributed, or the Borrower originates an ACH credit transaction and payroll costs are considered incurred on the day that the employee’s pay is earned.

This alternative period would also be used when applying the FTE and Salary/Wages reduction tests.

FTE Defined as 40 or More Hours

The CARES Act provides that a Borrower’s loan forgiveness amount is subject to  reduction if its average monthly full-time equivalent employees (“FTE”s) during the covered period is less than the average monthly FTEs during either: (a) the period from February 15, 2019 to June 30, 2019 or (b) the period from January 1, 2020 to February 29, 2020, (whichever period the Borrower elects to use).  However, the CARES Act did not define an FTE.

The forgiveness application provides that an employee working an average of 40 hours or more per week is equal to 1.0 FTE (which is the maximum for each employee).  For employees working less than 40 hours, an FTE is calculated by dividing the average number of hours paid to such employee per week divided by 40 (rounded to the nearest tenth).  Borrowers may simplify their FTE calculations by counting all employees working under 40 hours per week as 0.5 FTE.

Although the Loan Forgiveness Application has provided Borrowers with much needed guidance, we anticipate additional loan forgiveness guidance will soon be released in the form of an Interim Final Rule and/or FAQs.

James Cambridge has more than 30 years of experience in the areas of business law, finance, and real estate. Jim is co-chairperson of the firm’s Business and Corporate Practice Group and a member of the firm’s Executive Committee. He serves as counsel for a number of businesses and handles a variety of matters such as business formations, contracts, employment, lending relationships, restructurings, real estate, buying and selling businesses and resolving troubled business situations. He is experienced in advising closely-held businesses, as well as in advising US and foreign-based companies in establishing operations in both the US and abroad. 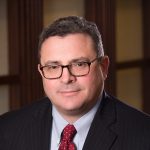 is a Certified Public Accountant as well as an attorney. He concentrates his practice in the areas of taxation, mergers and acquisitions, business law, real estate law, and estate planning. John also serves as the firm’s administrative partner and chairs the firm’s Taxation Practice Group. He has considerable experience representing professional services firms. These include accounting, engineering, and architectural firms, as well as insurance agencies, in purchase and sale transactions. 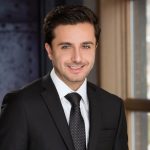